While those of us in America had our one-night-only big screen experiences with Genesis of the Daleks a few weeks ago, yesterday the British Film Institute hosted a screening of their own. This wasn’t just any screening, though. It included a Q & A with Doctor Who producer Philip Hinchcliffe and provided previews for a remastered version of the episode serial.

This sold out screening was so sought after that people were even taking to Twitter weeks beforehand to  ask about extra tickets that anyone might be selling.This event could come at no better time as, right now, Philip Hinchcliffe’s era of episodes are airing on Twitch as part of their Doctor Who streaming special. His Fourth Doctor episodes carry a change in mood from anything that had yet to be seen in Doctor Who. Genesis of the Daleks is a prime example of this with its philosophical questions related to the existence and potential death of the whole of the Daleks. (Remember, this was still of the era that people primarily thought of Doctor Who as a children's show!)

Luckily for fans of his era, Hinchcliffe continues to have his hand in the Doctor Who universe - most recently with the Big Finish titles ‘Philip Hinchcliffe Presents’. These stories are original Fourth Doctor tales starring Tom Baker and Louise Jameson (Leela).

According to attendees at the BFI event, Hinchcliffe only had great things to say about Fourth Doctor Tom Baker, and previews of the new blu-ray collection were more than satisfying to viewers. 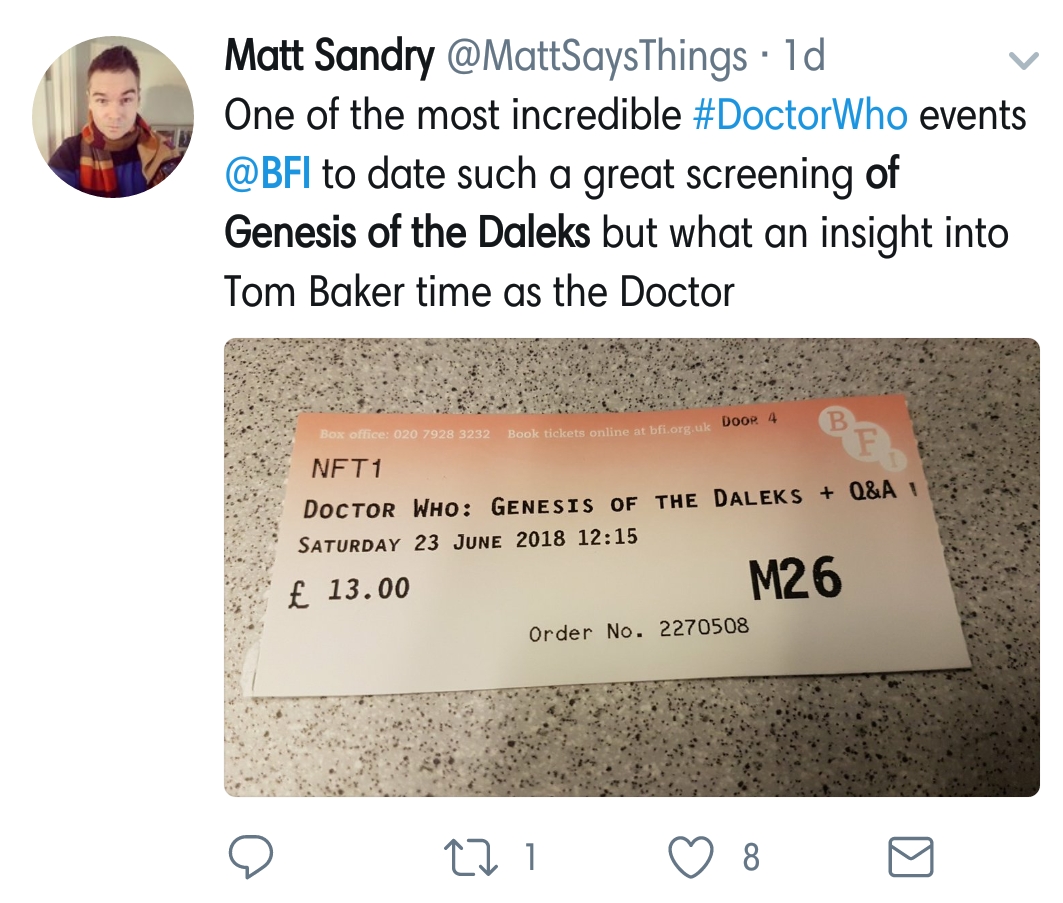 Had we attended this event ourselves, we could only imagine what we would have asked Hinchcliffe. With his era of Doctor Who being one of our favorites, it would be hard to fully satisfy the curiosity we have towards one of the most popular eras in all of Doctor Who history.