Missy Issue #1 with our exclusive Alien Entertainment cover is now available for pre-order.

This comic is limited to only 350 numbered copies, one per customer.

This issue will be released on April 1st. All pre-orders placed will be shipped out on this day. 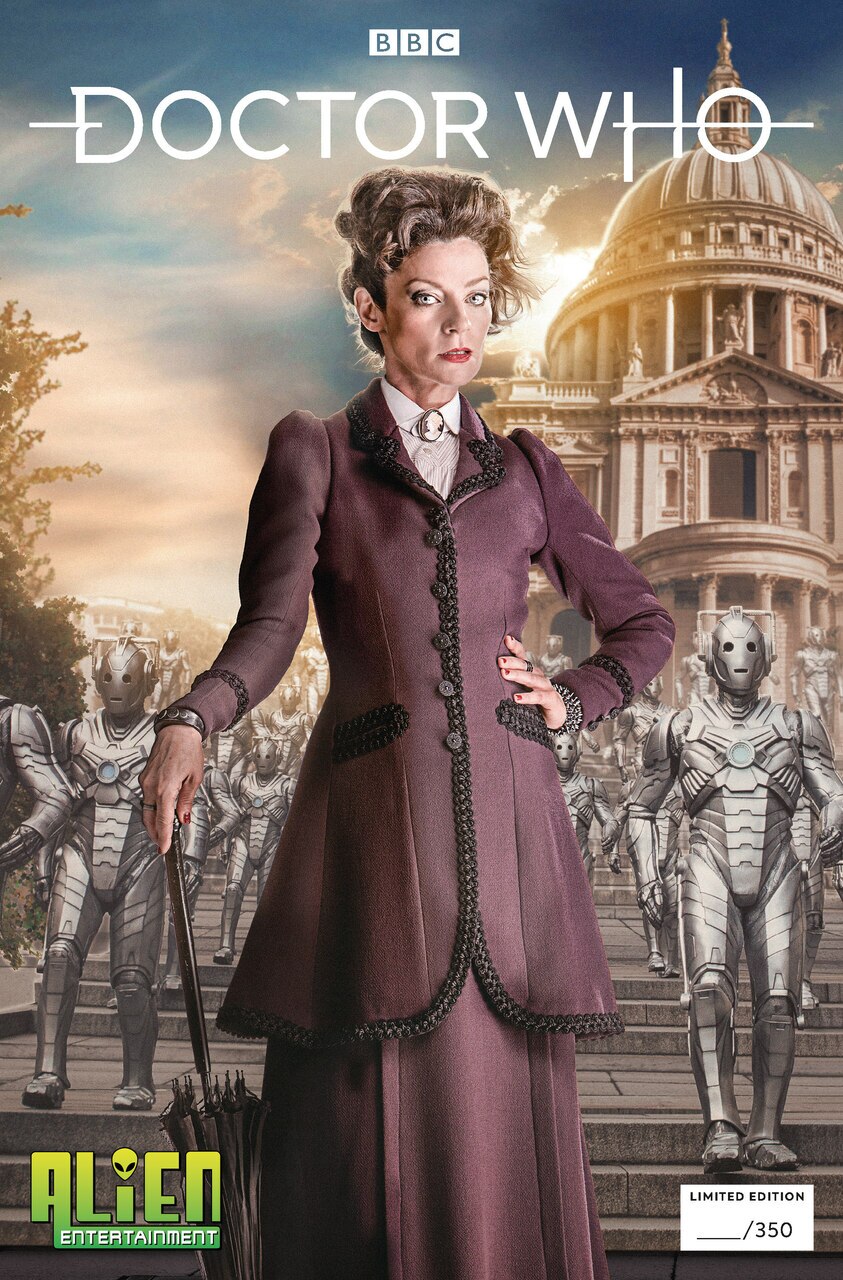 This is the beginning of a special story, celebrating the 50th anniversary of the Master’s first appearance, will feature more Doctors and Masters than ever before.

Following on from the Doctor Who Comic crossover adventures, where the Tenth and Thirteenth Doctors battled villains like the Weeping Angels, Skithra, Sea Devils and Autons, this new story sees the series expand its horizons even further with the first appearance of the Twelfth Doctor’s arch-rival Missy (as played on TV by Michelle Gomez).