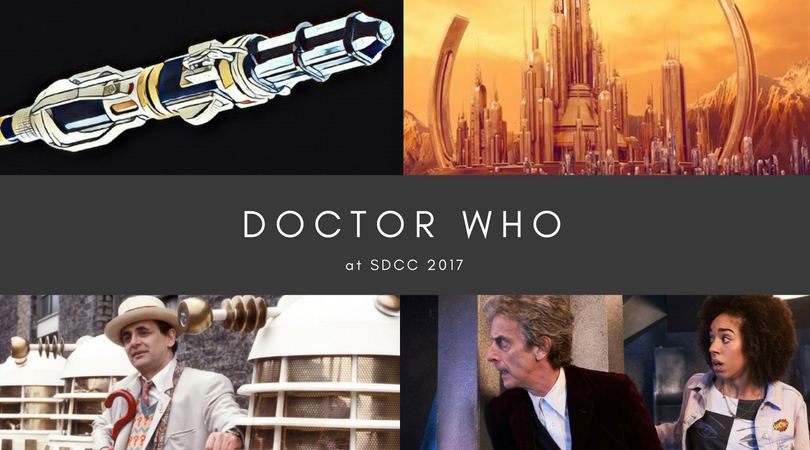 That time of year is upon us once again; the time when nerdy folk from all corners of the world flock to the West Coast for San Diego Comic Con!

Attending the convention itself can be hard to navigate, and even scouring  the extensive programming schedule can leave heads reeling.  That's why we're here to give you a quick run-down of some of the Doctor Who related excitement due to come out of this year's convention.

Thursday's programming kicks off with a panel that will sure to wake you up.   "Anything Goes" with John Barrowman in the Indigo Ballroom at the Hilton Bayfront.  The panel starts at 11 am, PST.  John has promised another stand out cosplay for this year's convention.  You won't want to miss it!

John Barrowman sporting cosplays from years past.  (Via Twitter)

Also on Thursday, Steven Moffat is making a smattering of appearances.  Everything from  signings to comic panels, you can catch the departing showrunner throughout the day.

Fans of Classic Who are not to be left out with Thursday's BritBox panel.  Hosted by Kyle Anderson of the Nerdist, and featuring Sophie Aldred, Colin Baker, and Peter Davison.  This bit of programming will cover some of the most important points of the Classic Doctor Who era as well as feature a preview of the newly reconstructed Second Doctor episode, "The Wheel in Space".

Friday features content that is Who related in that David Tennant will be doing both a panel and a signing for the upcoming Disney XD reboot of the DuckTales animated series. 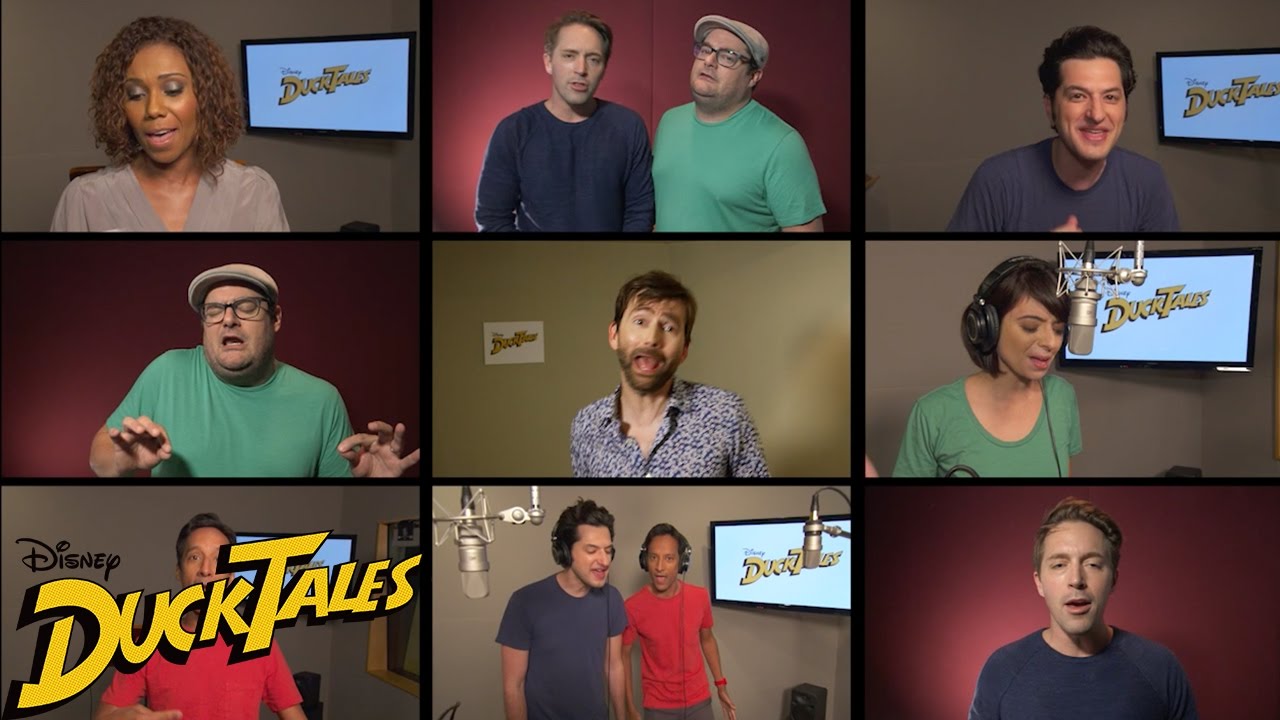 The cast of the upcoming DuckTales sing their theme song.  (Via YouTube)

Another panel offers attendees  the scoop on this year's upcoming Doctor Who Comic Book Day from some of the publishers who make it possible.

Saturday's programming  explores the future of Doctor Who in comics.  Several writers as well as the senior editor, Andrew James will be in attendance.  They will talk about what Titan has in store for their Doctor Who storyline as well as explore the creation process behind the exclusive SDCC Doctor Who comic, "The Last Action Figure". 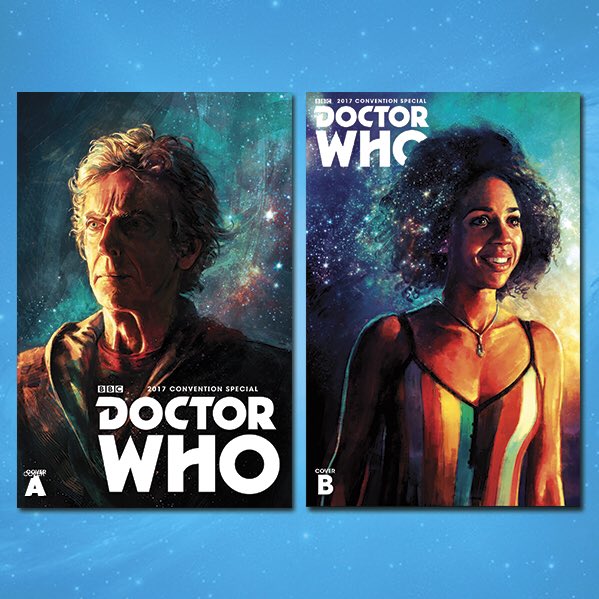 
Finally, SDCC will wrap up with the biggest bit of Doctor Who programming yet!  On Sunday, BBC America will host the official Doctor Who panel.  It will feature Peter Capaldi, Pearl Mackie, Michelle Gomez, Matt Lucas, Steven Moffat, and Mark Gatiss; moderated by the Nerdist's Chris Hardwick.

A sneak peek of the upcoming Christmas episode will be shown, and panelists "will celebrate Christmas in July and share one last look back at their time with the iconic global hit series with fans".