The latest Big Finish titles don't just include the usual Main Range and Fourth Doctor monthly releases,
The Ninth Doctor Chronicles has also made its debut!

Read on to get an idea of what the newest titles have in store for you - the listener. 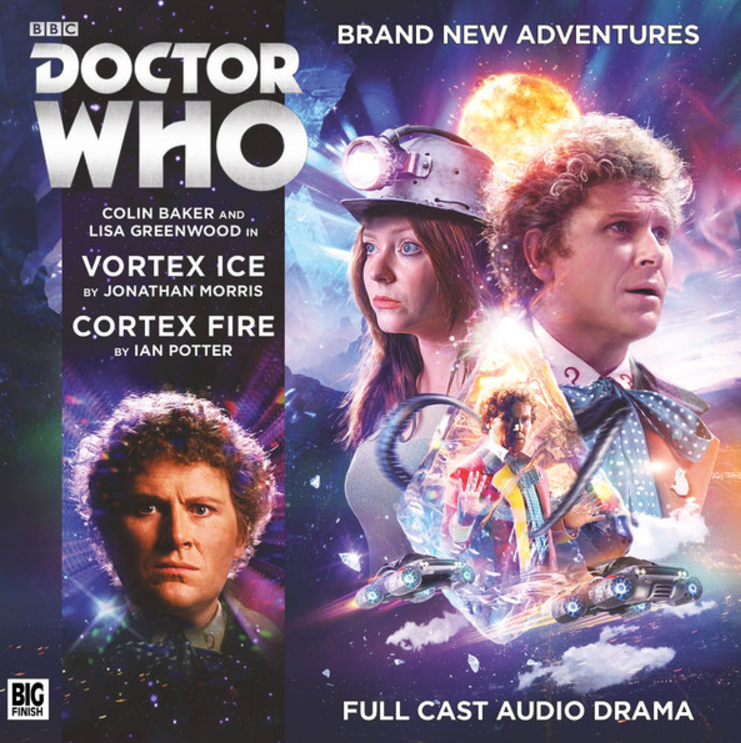 In search of ‘exotic particles’, the Doctor and Flip arrive 700 feet underground, in a mine in Northern Mexico – only to run into a scientific expedition. Among their number, an exobiologist. They’re all on the hunt for alien life! Deep underground, the team finally uncovers a cave of vast crystals – like ice, despite the heat. And inside the crystal: something frozen. Something trapped in time. If only it were something simple, like a monster. But it’s far, far worse than that.

The Doctor brings Flip to the futuristic city of Festin, the best vantage point to witness a unique astronomical light show. In a city governed by the all-powerful network known as the Cortex, they’re soon identified as outsiders – nihilists, perhaps, responsible for a wave of terror that’s been sweeping the city… But the truth is different. The people of Festin are burning up. Spontaneously combusting. And no-one knows why. 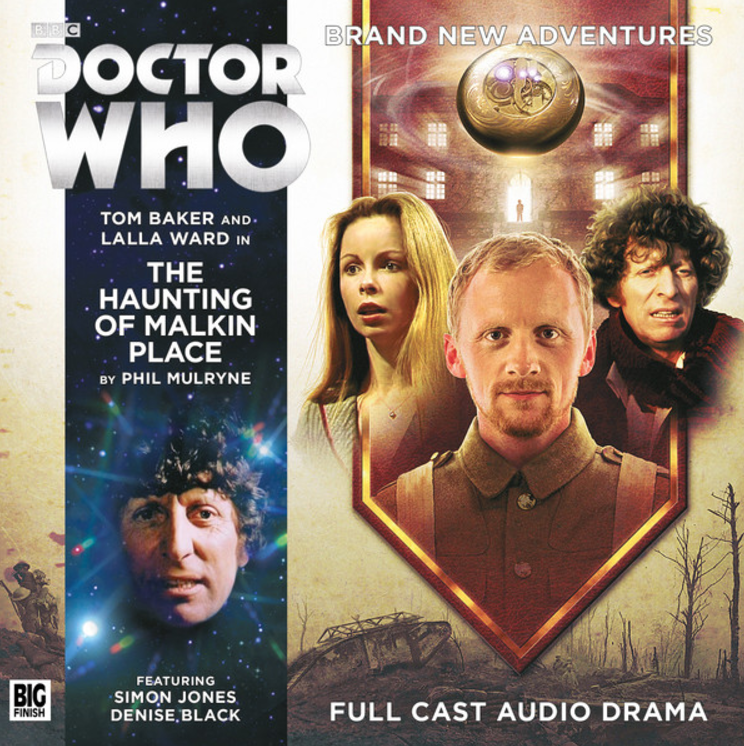 Whilst on the way to visit the town where Henry James lived, a chance encounter with a spiritualist on a train sends the Doctor and Romana on the trail of a ghost. It's the most convincing case of haunting he's ever heard of, he tells them. And so, on their arrival, does it appear to be.

Things go bump in the night at Malkin Place. The voice of a crying child. Birds bursting into flight. Strange movements in a seance.

The Doctor is determined there must be a rational explanation. But is science always the answer to everything? 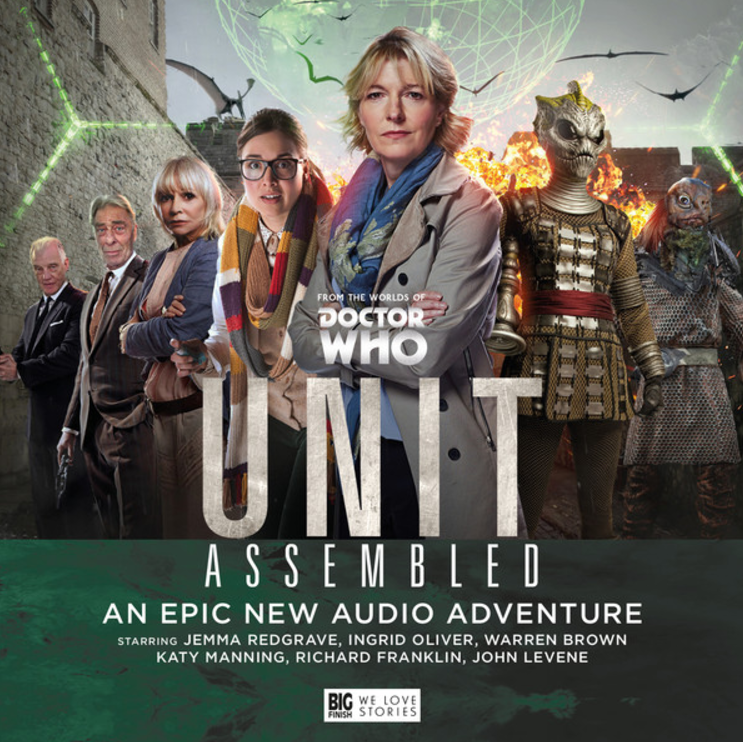 Mike Yates braves a stormy night in the Lakes to help celebrate a milestone for John Benton. An evening of fond reminiscences of old glories and friends awaits. But a long-buried past is about to catch up with them.

Meanwhile, on the rain-lashed moors, what begins as a routine mission for modern-day UNIT quickly becomes a fight for survival.

Soon, Jo Jones is bound for ‘Project Charybdis’ in the South Atlantic, along with an awestruck Osgood.

But out at sea, a treacherous plan is set in motion to awake an ancient race. Beneath the seabed an army is sleeping - an army of Sea Devils!

As the Earth’s primeval rulers reclaim their birthright, UNIT must stand against them. Kate Stewart and Osgood venture into a Mediterranean stronghold to retrieve a means to fight back.

But a Silurian warrior is on their trail. Once she has the humans’ scent, Commander Tryska will never give up the hunt.

The Silurians hold Great Britain under siege. Grand Marshal Jastrok rules the seas and the skies with reptile forces. On the ground, Commander Kalana crushes all ape resistance.

With Kate Stewart trapped, defence of the realm falls to UNIT’s old guard. Jo Jones, Mike Yates and John Benton are ready to do their duty and stand united. 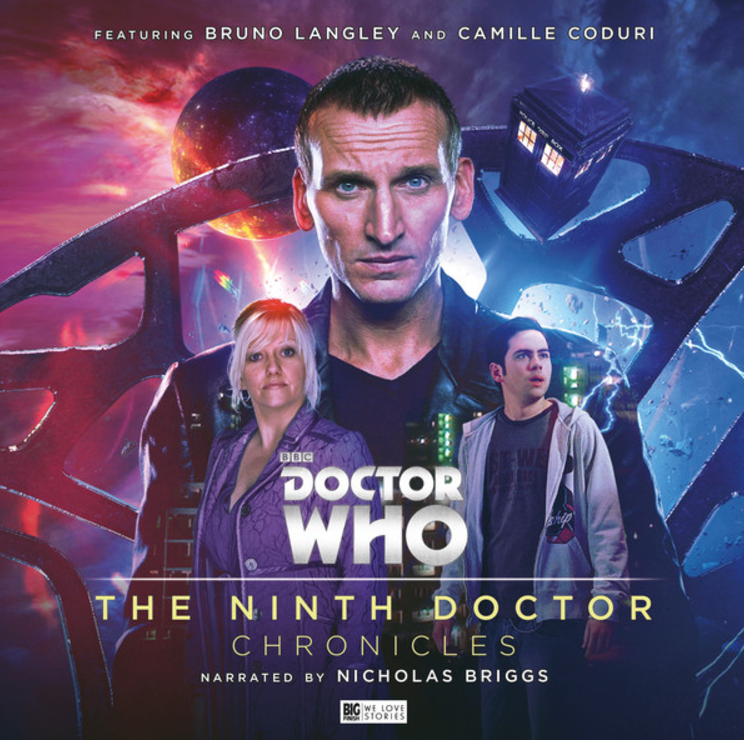 Galen is a place where people come to heal. The renowned ‘planet of peace’ seems the ideal venue for talks between two warring races. But when death disrupts the diplomacy, Cosmic Nine news reporter Adriana Jarsdel uncovers a different story. Luckily, someone is there to help. A battle-weary veteran from another war. The Doctor has come to Galen – but is he looking for peace, or something else entirely?

2. The Window on the Moor

Emily and her sisters once told each other fables of warring kingdoms: wicked princes, noble dukes, and their battling armies. Now she wanders the moors of her childhood alone, remembering those tales. The TARDIS arrives amid a strange civil war, with prisons made of glass and cities stalked by terrifying beasts. As windows open between worlds, stories and storyteller meet, and Rose comes face to face with Emily Brontë.

Rose has invited a new friend on board the TARDIS, against the Doctor’s better judgement. But when the Time Lord tries to take his unwelcome guest home, a temporal tsunami cuts the journey short. The travellers find the source of the disturbance inside an abandoned cinema. Will Adam Mitchell help or hinder when the Doctor and Rose discover what is lurking on the other side of the screen?

Jackie Tyler is a success. Every home should have a Glubby Glub, and Jackie is star saleswoman on the Powell Estate. At last, she’s found her calling and it’s only a matter of time before she can give Rose the life she deserves. But the Doctor isn’t impressed. Jackie Tyler isn’t just filling peoples’ houses with useless clutter. He believes she’s launching an alien invasion…

Shop for these titles (and more) in the Big Finish section of our website.